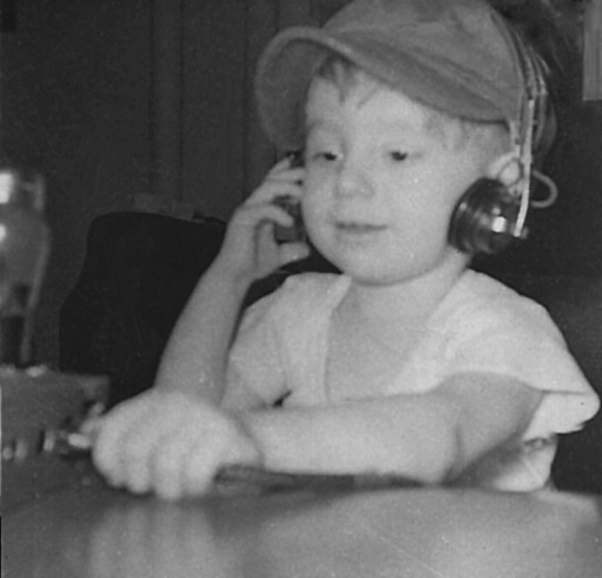 Dad was driving me and his friend Murry home to Chicago from the Air Force in Alaska. It was snowing and the car went in a ditch. Murry and dad got out and tried to push us out of the ditch, but they couldn’t. That’s when a moose walked up to us and asked us if we needed help. Dad tied a rope that was in the trunk to the moose’s antlers, and the moose pulled us out of the ditch. Dad and Murry and me thanked the moose, and the moose walked away. Then we got to Chicago.

The year was 1957. My father had been stationed at Eielson Air Force Base near Fairbanks, Alaska, and after a drive home to Chicago on the yet unpaved Alcan Highway I first told this story at a family gathering. (I’m piecing it together from memory and from family accounts.) I was four years old at the time.

Dad claims I was asleep on the back seat almost the entire way, but I knew the story was true and felt vindicated when Rocky & Bullwinkle debuted on TV. See! Moose can talk!

Sixty years later, my family still talks about this story.